The Surprising History Behind Slate Roofing

Slate roofing is a top choice for homes due to its attractive look and reputation for durability. However, the fascinating history behind slate roofing shows this high-quality roofing material has been used for longer than most of us can imagine. There are several good reasons we still use it today, all of which can be found in the interesting history of slate roofing.

The use of slate roofs for buildings goes back all the way to medieval times, as early as the late 13th century. In fact, the towers of the medieval Conwy Castle built in the 1280s had slate roofing. It would have looked different than it does today, but the same roofing material was used in castles, abbeys, and all sorts of medieval buildings.

Slate roofing has been popular in Europe ever since, but what about here in the United States?

When the United States began quarrying, slate was first found in Vermont. Farms and homes dating back to the 1840s have been found to have slate roofing. This roofing material became more popular in the U.S. as railroads began to extend farther and farther.

Fun fact: The quarried slate in the Northeast U.S. areas can actually have a variety of colors which may include purple, green, and red. So far, this has only been seen here and nowhere else in the world, including Europe.

As previously stated, slate roofing not only looks good, but it lasts. One of the most durable forms of roofing, you won’t be worrying about repairs or replacements regularly with slate. While many roofing types can claim such proud durability, only slate has literally hundreds of years of use to back up its claims.

So when you’re deciding on a roofing material for your new roof, remember: you can’t go wrong with slate roofing. After all, it has to be great if we’ve used it for over 700 years!

Founded in 1988, Topper Construction has quickly grown to become one of the largest roofing and siding contractors in the Mid-Atlantic region thanks to our commitment to providing clients with quality work at a competitive price. We install the full range of vinyl siding from major brands, giving you a wide variety to choose from.

For immediate assistance or questions about slate roofing or roofing material, please call 301-874-0220. We are headquartered in Frederick, Maryland with a satellite office in Pittsburgh to help us better serve you, our customers.

Common Exterior Damages to Watch for in Winter

Of all the seasons, winter can be the most damaging to your home’s exterior. In areas where snow, sleet, and ice are frequent some exterior damage can be unavoidable and weaken your home’s exterior systems. This winter keep an eye on your Roofing, Siding, and Gutters...
Read More

4 Problems That Will Affect Your Roof This Spring

The time has come to address home damage issues. Even the best materials will degrade, and that means looking ahead to what happens next. Winter is finally receding, which means spring is on the way. Even so, that has its own complex set of problems that will affect...
Read More

Why Metal Roofing is Worth It

Let’s suppose that your current roof is worn out, or it is close to doing so. Either way, the time has come to replace it. Eventually, any repairs you complete won’t be as effective as they once were. Here is a look at why you should consider metal roofing.  Numerous...
Read More

We’re a Roofer and Sider You Can Trust

Get Your Free Estimate 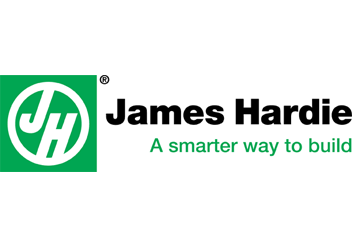